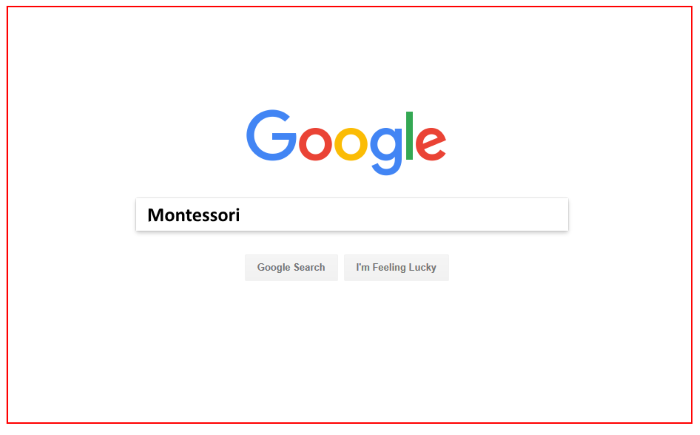 In 1998 Google, the world’s most popular search engine, was founded by Larry Page and Sergey Brin. Both Page and Brin attended Montessori Schools in their youth. In fact, they attribute the success of Google to their Montessori Education.

In 2004, ABC’s Barbara Walters asked Larry Page and Sergey Brin about the secret to their success. Both Page and Brin had college professors for parents. She wondered if that familial connection to learning played into their success. They said no. Their parents helped, but really their Montessori education was the key. Brin and Page specifically pointed to the curriculum of self-directed learning – where students follow their interests and decide for themselves what they want to learn.

In fact, Google wasn’t launched as a brilliant vision, but rather as a project to improve library searches, followed by a series of small discoveries that unlocked a revolutionary business model.

“I think it was part of that training of not following rules and orders, and being self motivated, questioning what’s going on in the world and doing things a little bit differently,” says Page, who’s now CEO of Google.

Thanks to that same self-directed Montessori learning that helped Larry Page and Sergey Brin find their success with Google, the students at Main Street Montessori School are finding new ways to explore their interests each day at school. Who knows, the next BIG idea might just come from a Main Street Alumni? We certainly wouldn’t be surprised! Stay tuned.

Do you think your child would excel in a self-directed learning environment like the one found at Main Street Montessori School? Schedule a tour today and come see what it’s all about!